It will play “a crucial role in the development of the platform and its product offering,” according to a statement from APG.

The SDI AOP aims to map the investments of its members, which also include AustralianSuper, British Columbia Investment Management and the Dutch pension fund PGB, against the Sustainable Development Goals.

“I look forward to working with asset owners to ensure their members get the investment solutions and credible impacts they seek and that they can together define a global benchmark for investing in assets. ODD, ”Leaton said.

Leaton, who has 25 years of experience in the sustainability field, joins Moody’s Investor Services, where he led research on climate risks. Previously, he worked as a research director at the Carbon Tracker Initiative.

AXA Investment Managers – The EUR 869 billion asset manager reorganized its operations in Northern Europe – it merged its UK, Dutch and Nordic divisions into a single entity headed by John Stainsby, head of the UK client group since 2016. The reorganization was performed in June, but had not been released to the public.

Hanneke Veringa, country manager Netherlands for the company, has left AXA IM because his role has become redundant following the reshuffle. She is currently on gardening leave.

AXA IM said in a statement that merging its operations in Northern Europe into a single hub makes sense as different markets have a lot in common.

Hans Stoter, Director of AXA IM Core, said: “We see synergy benefits in our services to institutional clients and in the management of client portfolios. According to Stoter, the establishment of a North European regional cluster allows local teams to “better benefit from the experiences of other countries in the service of customers”.

Watson-Hicks has extensive experience as a qualified accountant with over 20 years of experience in financial services. She joined Railpen after the University pension plan (USS), where she was responsible for corporate risks. Prior to that, she held various positions at TP ICAP, Tullett Prebon, Nomura International PLC and Aviva.

This appointment to the executive committee comes as Railpen sets up its new risk function.

Watson-Hicks said: “A great job has been done to create a robust risk management framework, which I look forward to helping Railpen integrate across the business. “

John Chilman, CEO of Railpen, said: “The appointment of Ellen is an important part of our commitment to identify and manage risk in a complex environment. We are very happy to welcome him to the company, knowing that his vast experience will be crucial in helping us achieve our goal, to secure the future of our members.

Elo – Anna varpula has been appointed new Head of Responsible Investment at Finnish income-related pension provider Elo. She joined the pension mutual after her previous position as responsible investment specialist in the Finnish group of savings banks (Säästöpankkiryhmä) – made up of 18 independent regional and local savings banks – where she has worked since February 2019.

Prior to that, Varpula worked for almost five years for the Finnish State Pension Fund (VER) as a responsible investment advisor.

Elo said in her appointment announcement that Varpula took up her new role on October 11 and reports to the company’s CIO, Hannah Hiidenpalo.

Sum of equity – Christophe Waer, Tim He and Matthias fink were appointed as new partners of the Nordic private equity firm. Summa Equity said the hiring of the three senior executives was aimed at driving growth in its three investment themes, as well as expanding its European presence by opening an office in Munich.

Waer will be based in Belgium, focusing on the topic of Summa Equity’s changing demographics, according to the announcement, and targeting companies in the healthcare and life sciences sectors. Summa Equity said that Waer, as CIO, previously managed the life sciences business for Korys – the Colruyt family investment firm, based in Halle, Belgium.

Tim He will work within Summa Equity’s “technology transformation” theme, the company said, focusing on its growth investment strategy, with its base in Stockholm. He joins the company from his current position as CIO at Swedish investment firm Kinnevik, and also sits on the supervisory board of cloud-based banking platform Lunar in Denmark.

Summa Equity said new partner Fink, meanwhile, would start in November and lead its operations in Germany, Switzerland and Austria, focusing on its resource efficiency and technology transformation themes.

Fink’s most recent role is as a partner of the Riverside Company, where he worked in the investment firm’s Munich office. Prior to that, Fink also worked as a consultant at the Boston Consulting Group.

Public – Marcel Wüthrich was elected new chairman of the assembly of delegates of the Swiss pension fund Public. Wüthrich is an actuary in the risk management department of the federal pension regulator Oberaufsichtskommission (OAK BV). He has been a member of the Publica delegate assembly since 2017.

Independent trustee services (ITS) – Independent Trustee Limited (ITL) to join ITS group of companies from January 2022, with ITL at the helm Ian pittaway join as a trustee.

He is chairman or administrator of several pension funds, including a prominent master trust and has a strong appreciation for issues faced by boards of directors and sponsors, speaking widely and writing numerous articles for the trade press. and national.

Aon – Johan forsgård was appointed by the board Aon as general manager of its activities in the Nordic region. Forsgård will be leaving one of Aon’s closest competitors, Willis Towers Watson, to assume the role. He is currently the head of Nordics there, having worked for the company for 16 years, including as CEO for Sweden, according to Aon.

However, Forsgård will not be joining Aon for some time, as he is expected to take up his new role in the fourth quarter of 2022. Aon said that his current CEO for Denmark and COO Nordic, Allan Karlsen, would continue to lead the region, along with his Nordic leadership team, for the next year. 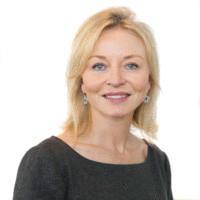 Neuberger Berman – Michelle dunne joined the management team of Consultants Coverage as Managing Director of Neuberger Berman. She will partner with Jamie Wong to lead the consultant’s efforts across the EMEA region, working closely with their North American counterpart, Lesley Nurse.

Dunne has 25 years of experience and comes from Black rock where she was responsible for Global Consultants Relations (EMEA) responsible for developing and executing alternative strategies for global, local and specialist consultants across the region. She has held various positions at BlackRock focused on selling alternative investments to institutional investors. She also spent time at Credit Suisse, Pioneer Global Investments and Goldman Sachs.

Dik van Lomwel, Head of EMEA and Latin America at Neuberger Berman, said: “Investment consultants continue to gain in importance as a growing set of institutions face complex investment challenges. I am delighted to have someone with Michelle’s pedigree and a deep understanding of the institutional market join our team.

Amundi – Nicolò Foscari joined Amundi as manager of multi-asset insurance and risk solutions, outsourcing of CIO solutions. He will also develop OCIO solutions for non-group insurance clients and family offices. He reports to the head of the outsourced CIO solutions division Laurent Tignard. The position is based in Milan.

Foscari comes from Morgan Stanley Wealth Management in New York, where he was Senior Investment Officer – Outsourced CIO since May 2016.

Financial Conduct Authority (FCA) – Charles Randell plans to step down as the UK regulator’s chairmanship in spring 2022, the FCA has announced.

“As the FCA prepares to implement its new wholesale, retail and data strategies under the leadership of a new established executive, the time has come for a new president to continue the close and continued oversight of our transformation, ”he said.

“During the pandemic, the FCA has stood up for consumers and businesses, while the markets we oversee have been resilient, laying the groundwork for a record capital raising to support the recovery.”

The FCA recently put in place a multi-year transformation agenda to become a more proactive, data-driven, forward-looking regulator, with increased oversight of the presentation of ESG funds from asset managers to the order of the day.

Cambridge Associates – Melinda wright joined the firm as Global Head of Diversity, Equity and Inclusion (DCI). In this newly created role, Wright will work alongside Cambridge leadership to increase the organization’s diverse representation both internally and across the industry, leading the company’s talent planning agenda. and leadership development, and further integrate the DCI work of the organization throughout the company.

Wright will report to Company CEO David Druley as a member of the management team. She brings years of experience as a diversity educator, advocate and strategist to the organization. She comes from the Walton Family Foundation where she elevated diversity and equity as key factors in the foundation’s investment strategy and grantmaking.